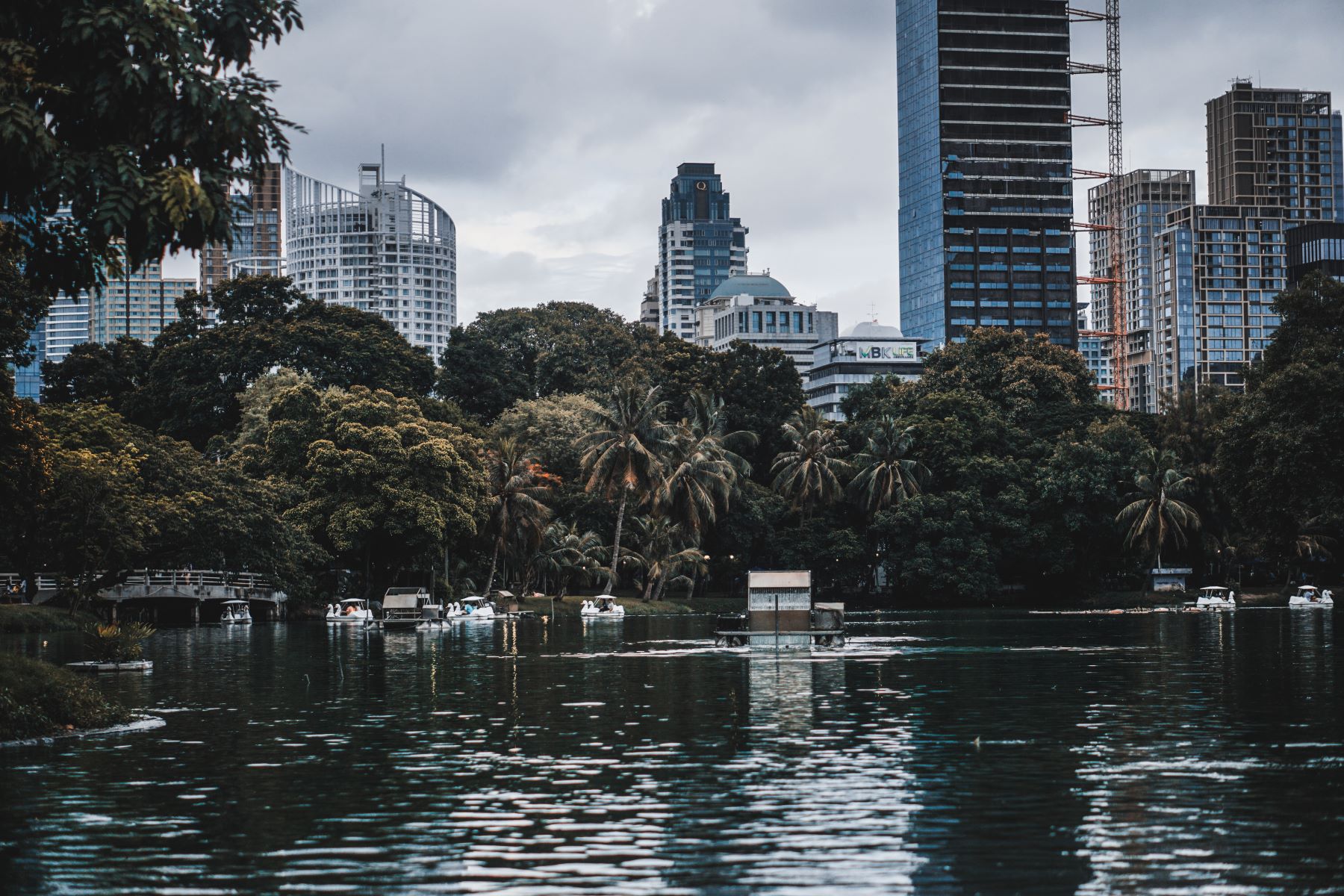 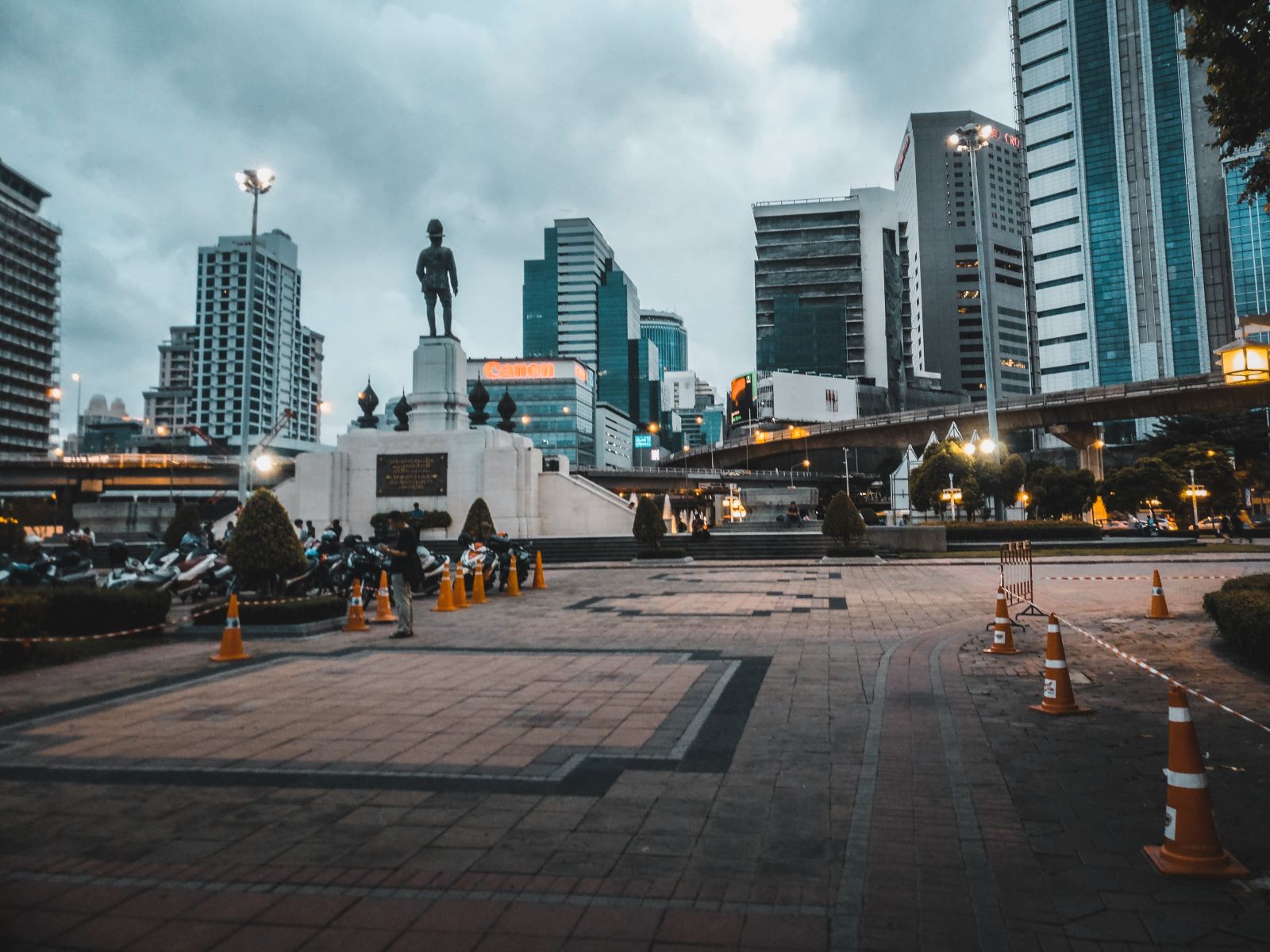 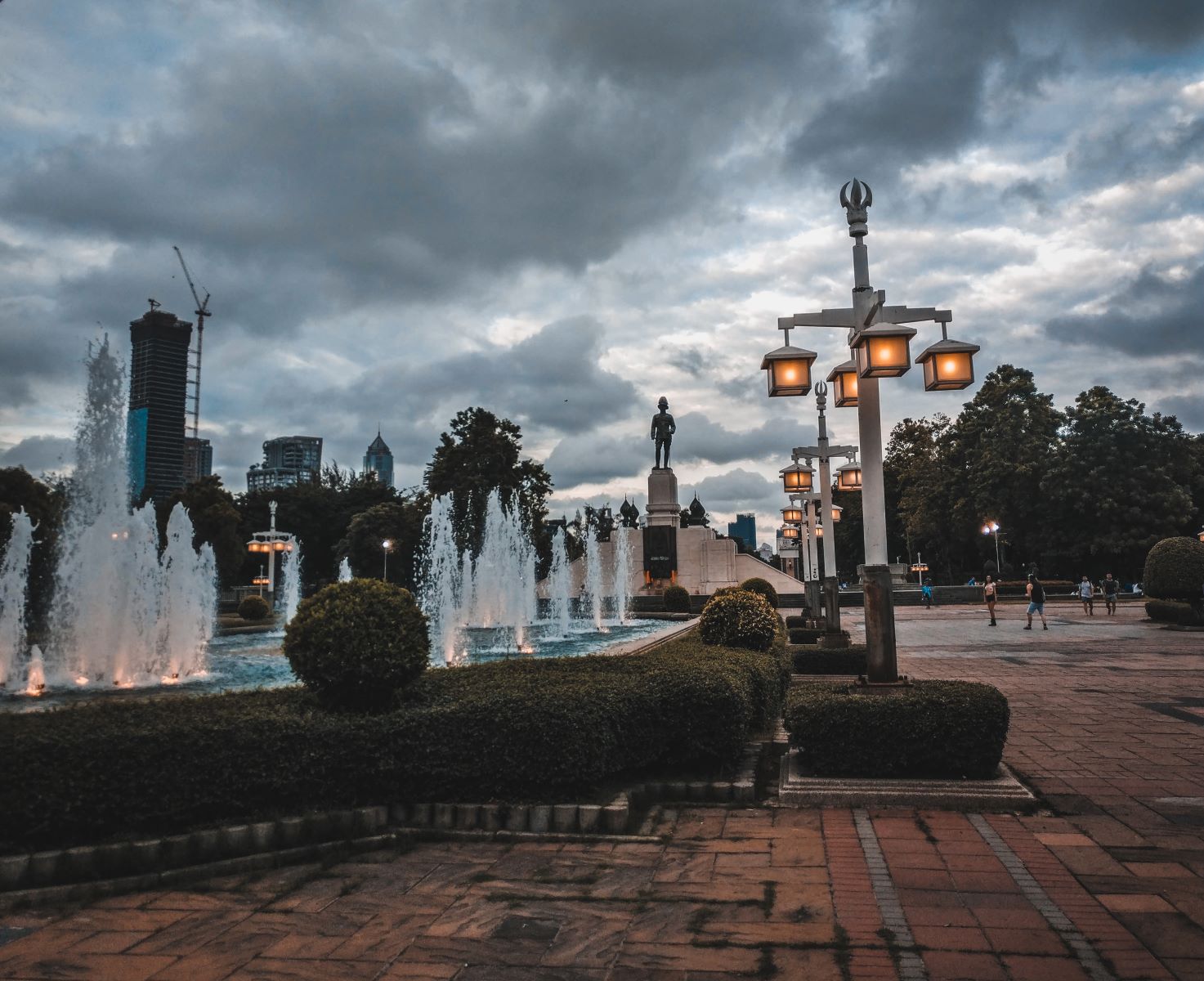 In the dense urban scene of Bangkok, there still can be seen green public areas in between tall skyscrapers.

Commercial Building Of The Most Visited City In The World

The most breath-taking shopping centre in town 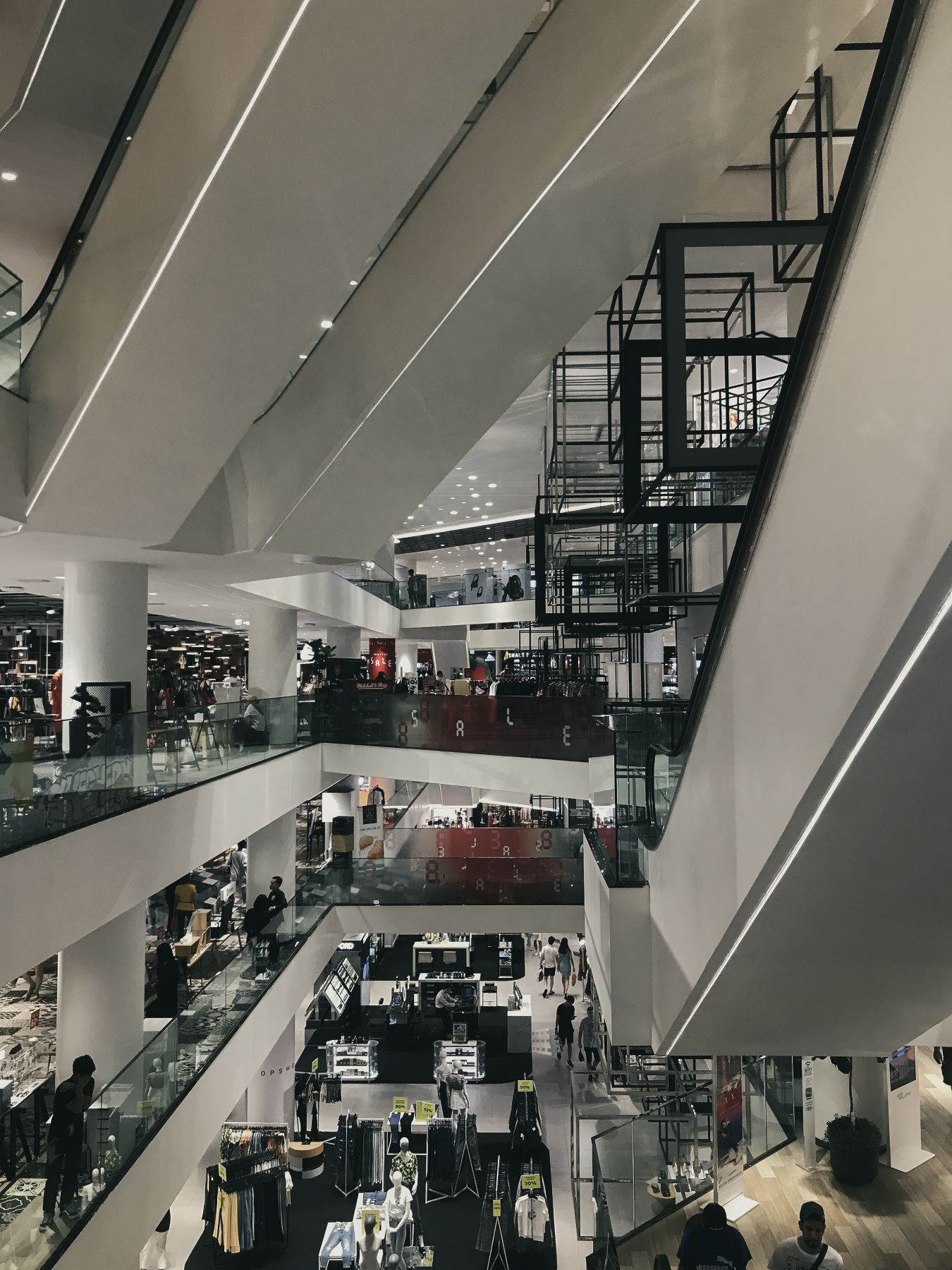 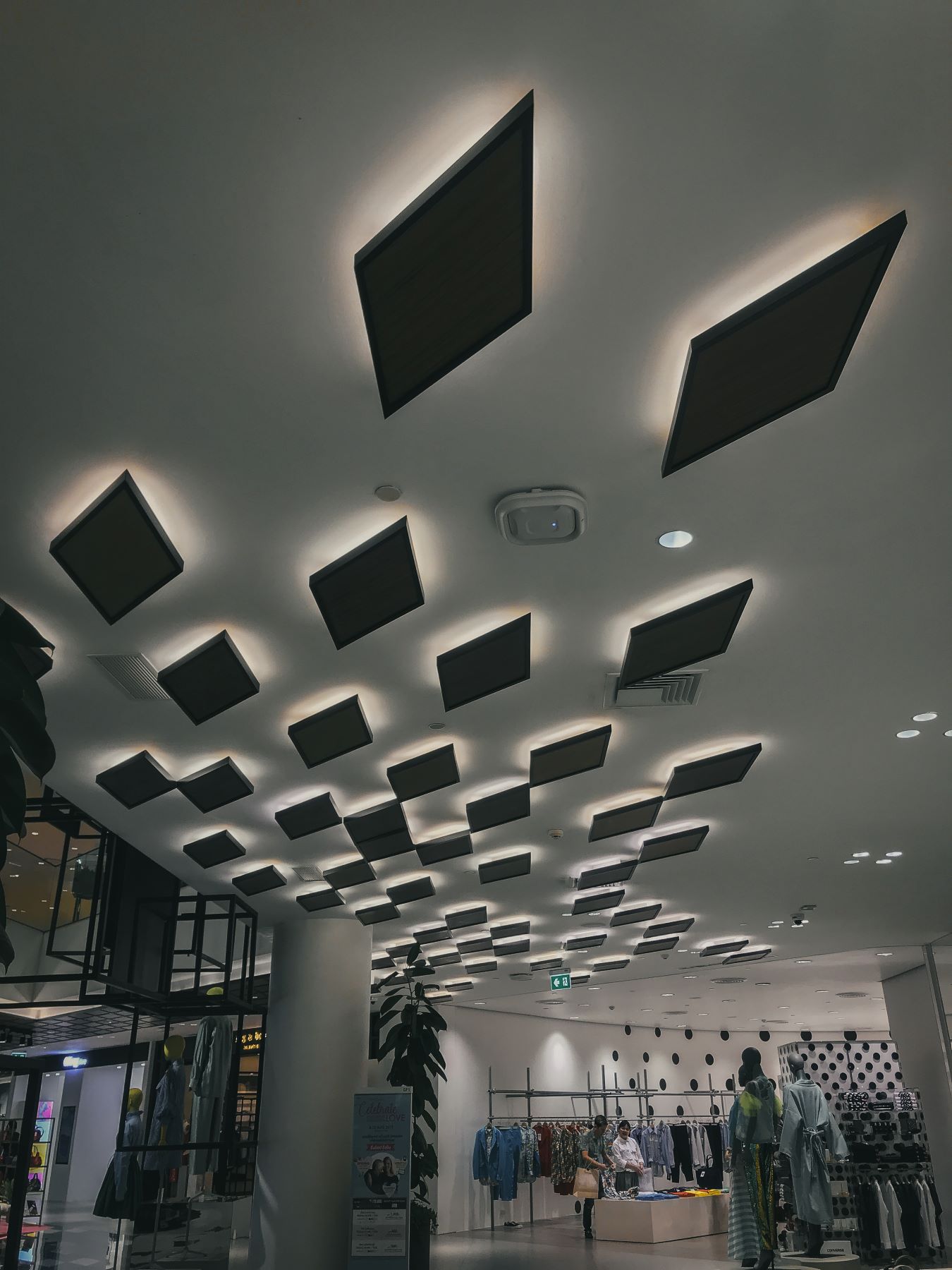 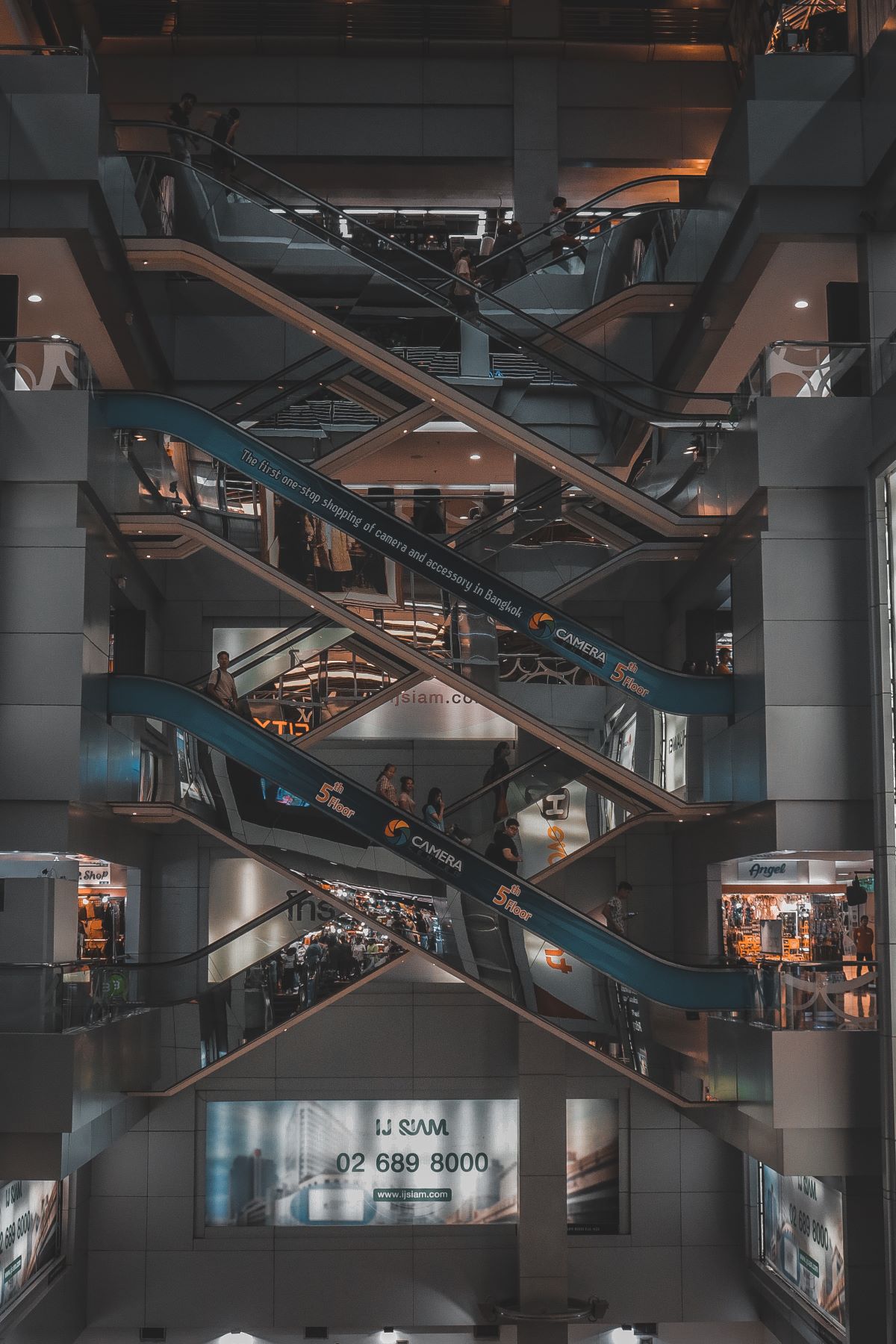 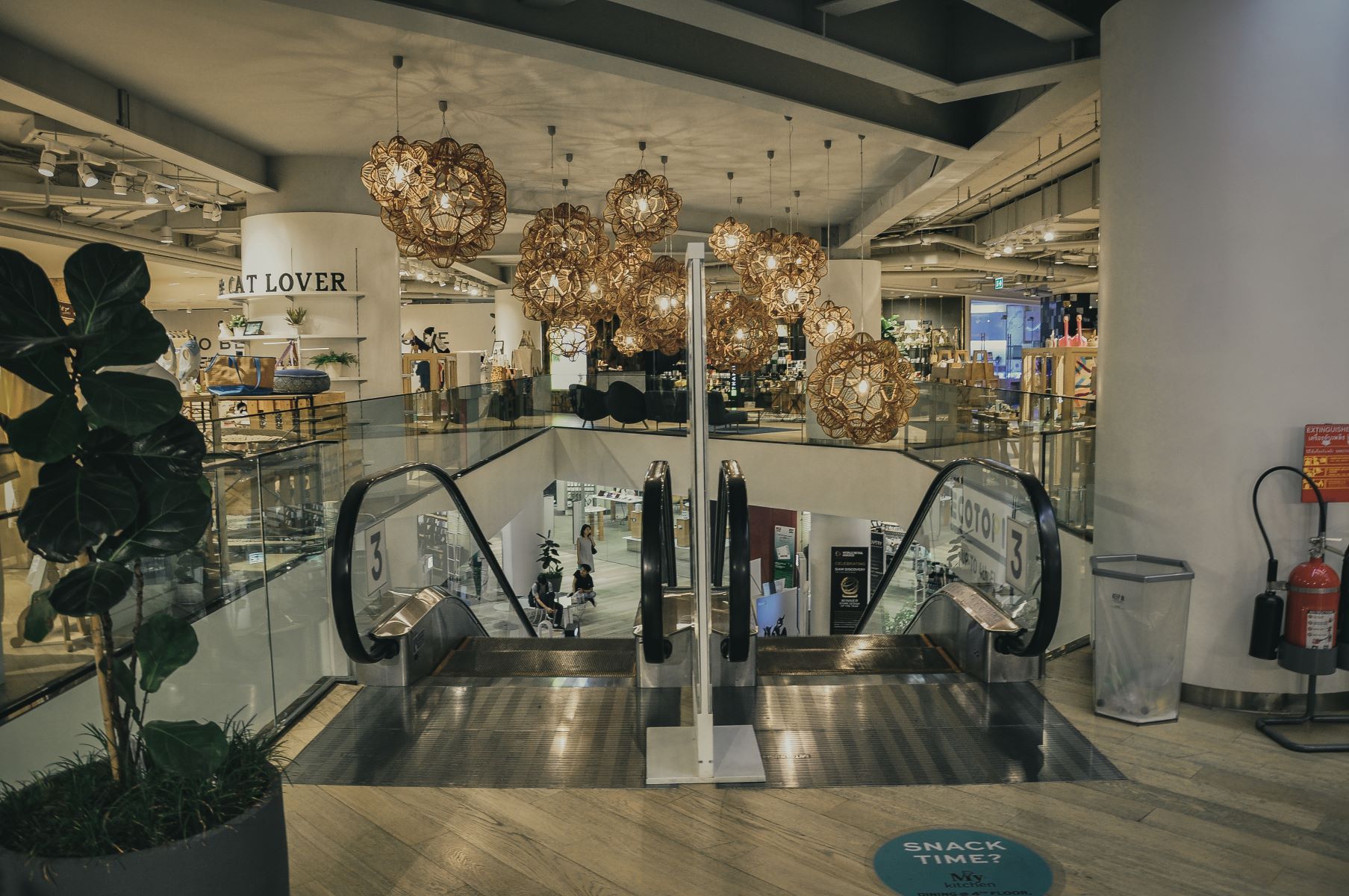 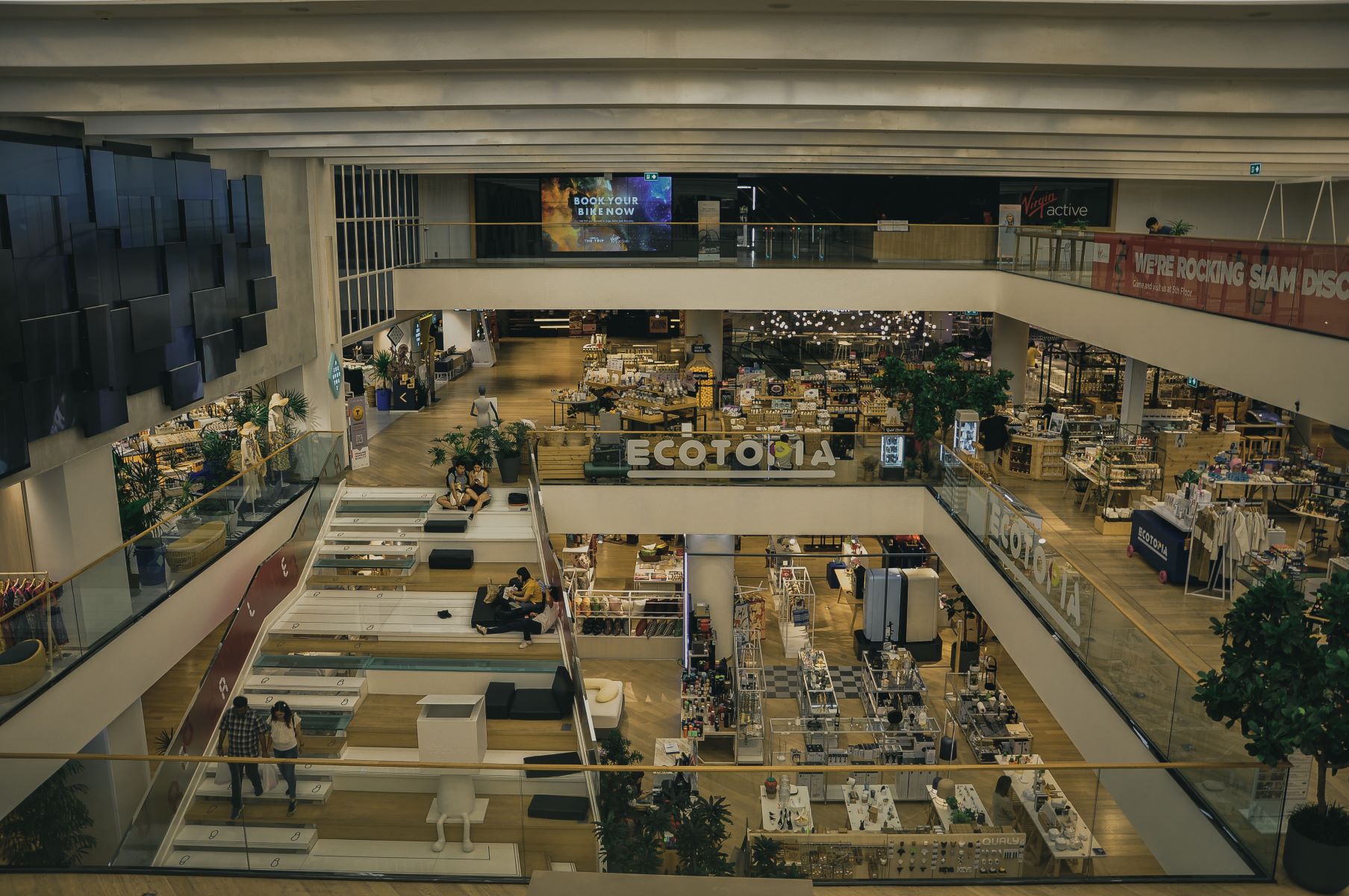 Thailand with its capital city Bangkok has been growing as an urban city showed by how they are trying to create mobility within the community. Shopping mall has been mushrooming in this country as many other in South-East Asia. Opened in 1985, MBK center was the biggest shopping mall at that time. Nowadays it is visited by many of tourists coming to Bangkok. It is exactly the definition of promoting local goods to tourist since the shopping mall which accomodates around 2000 shops is mostly fulfilled by local goods. 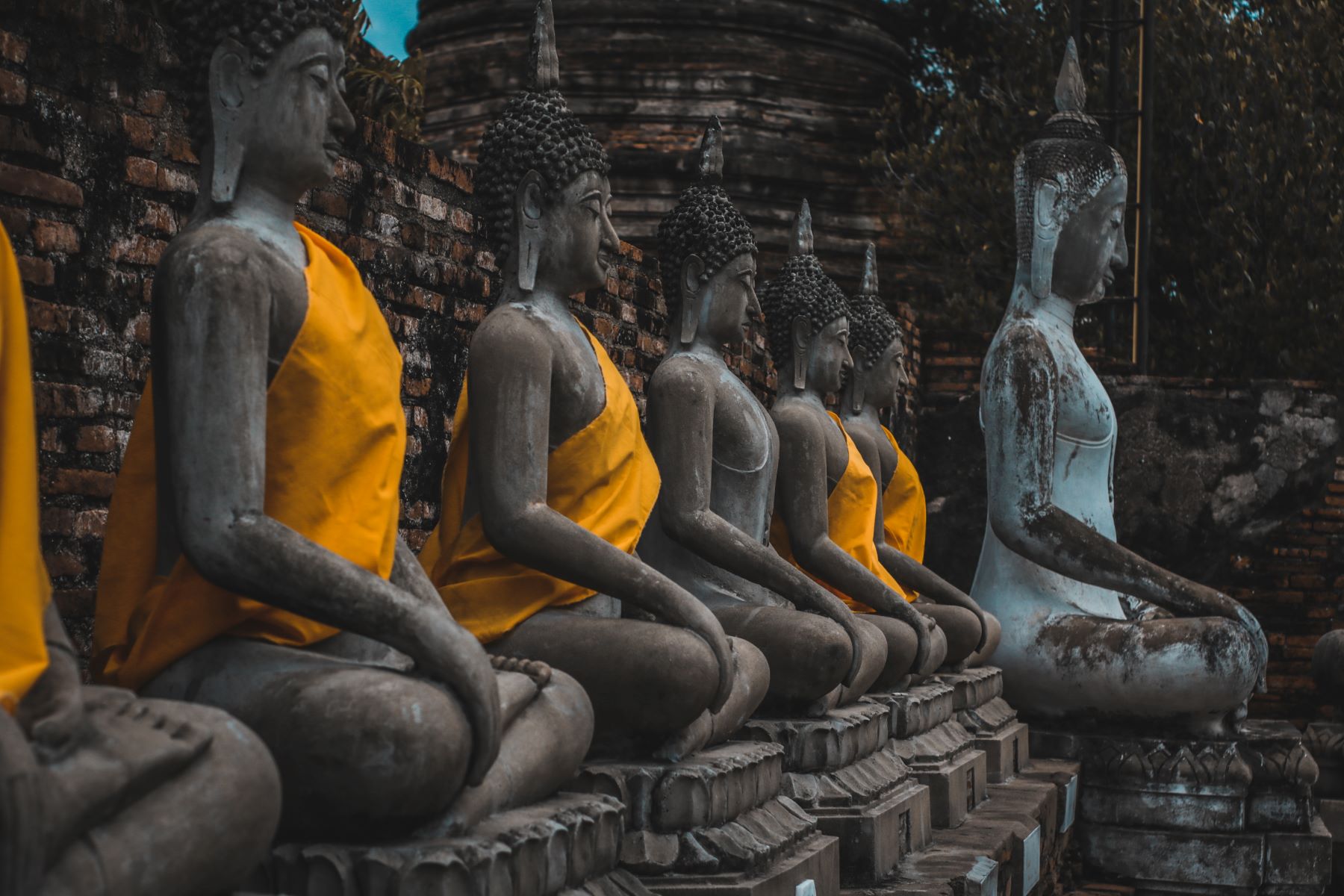 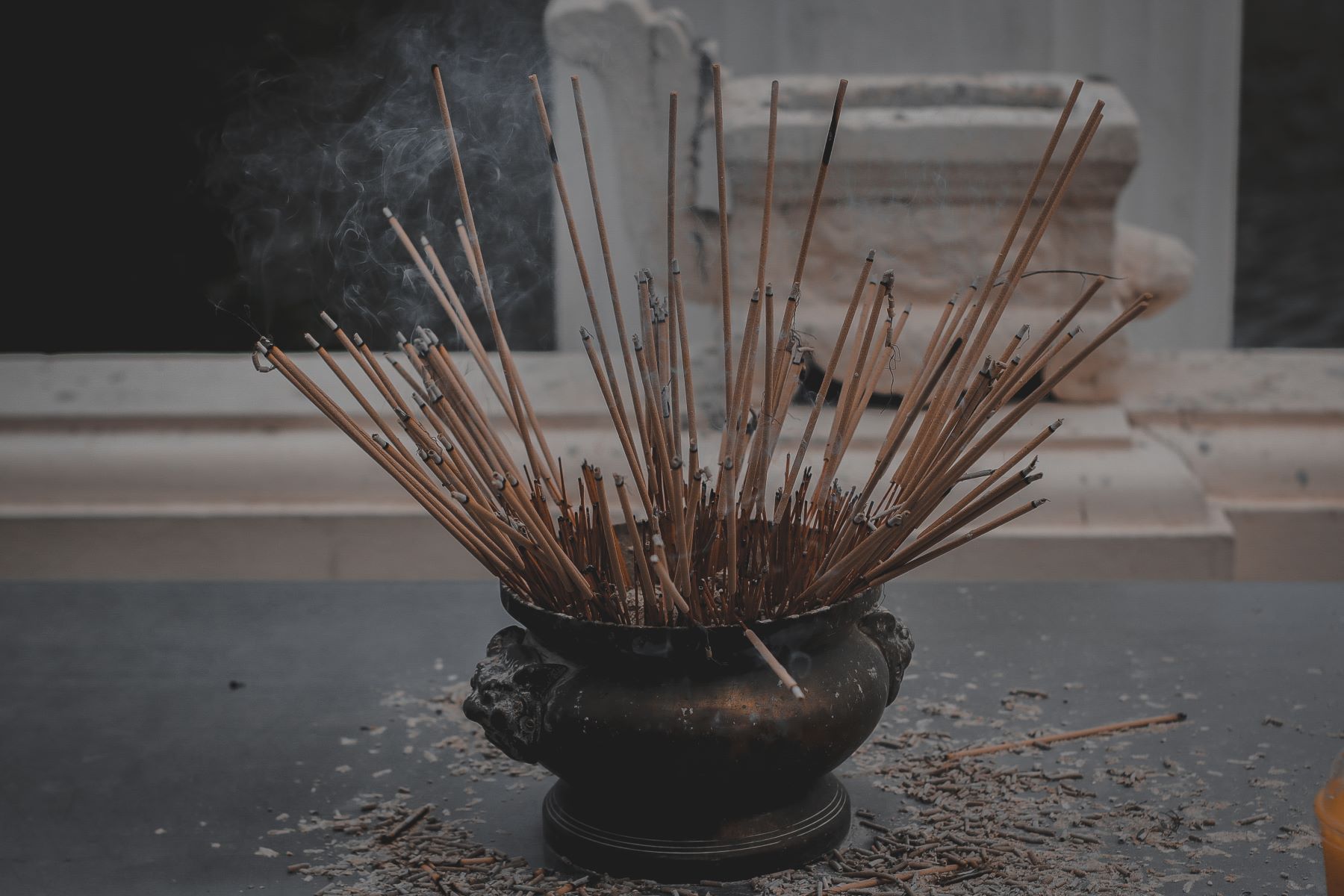 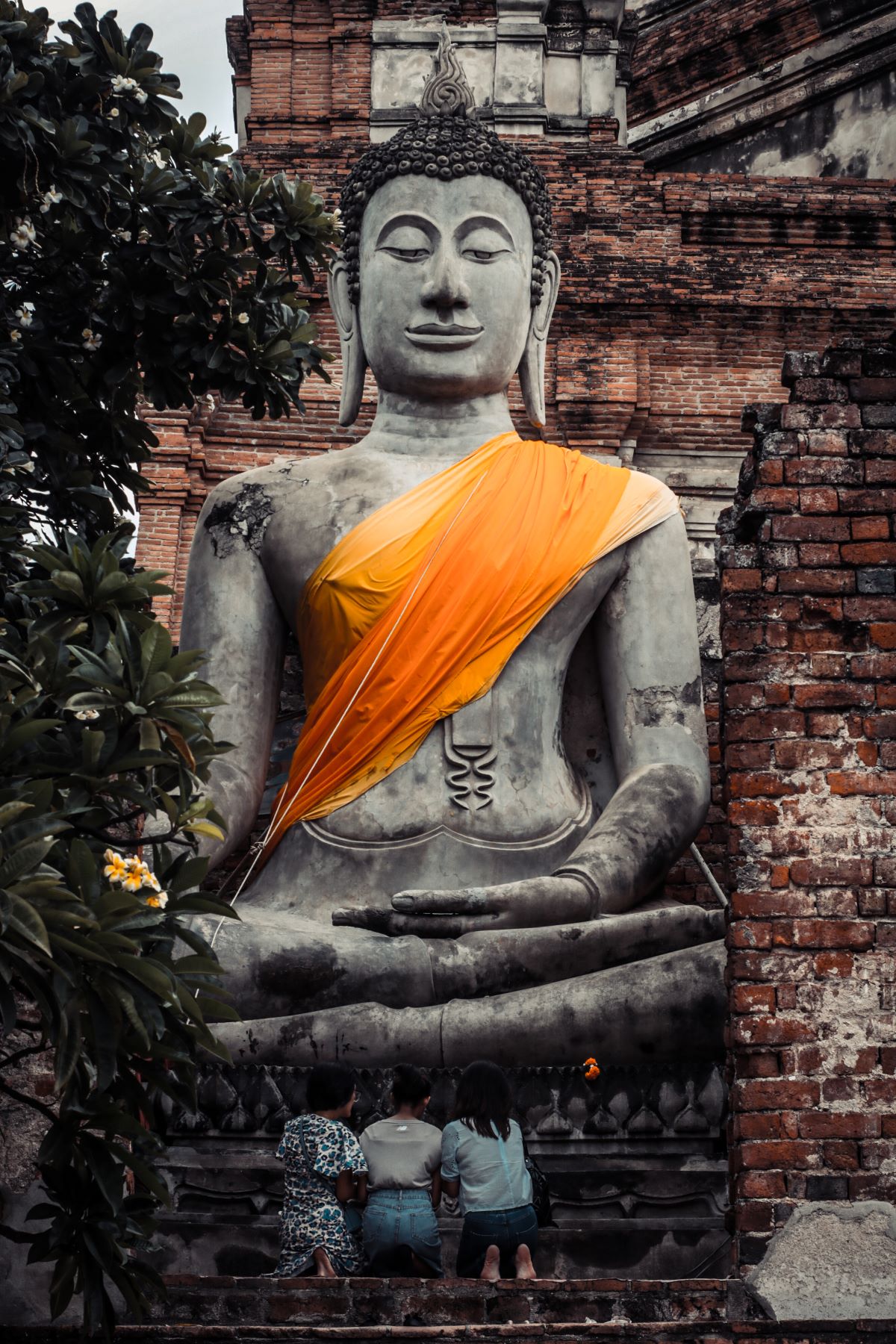 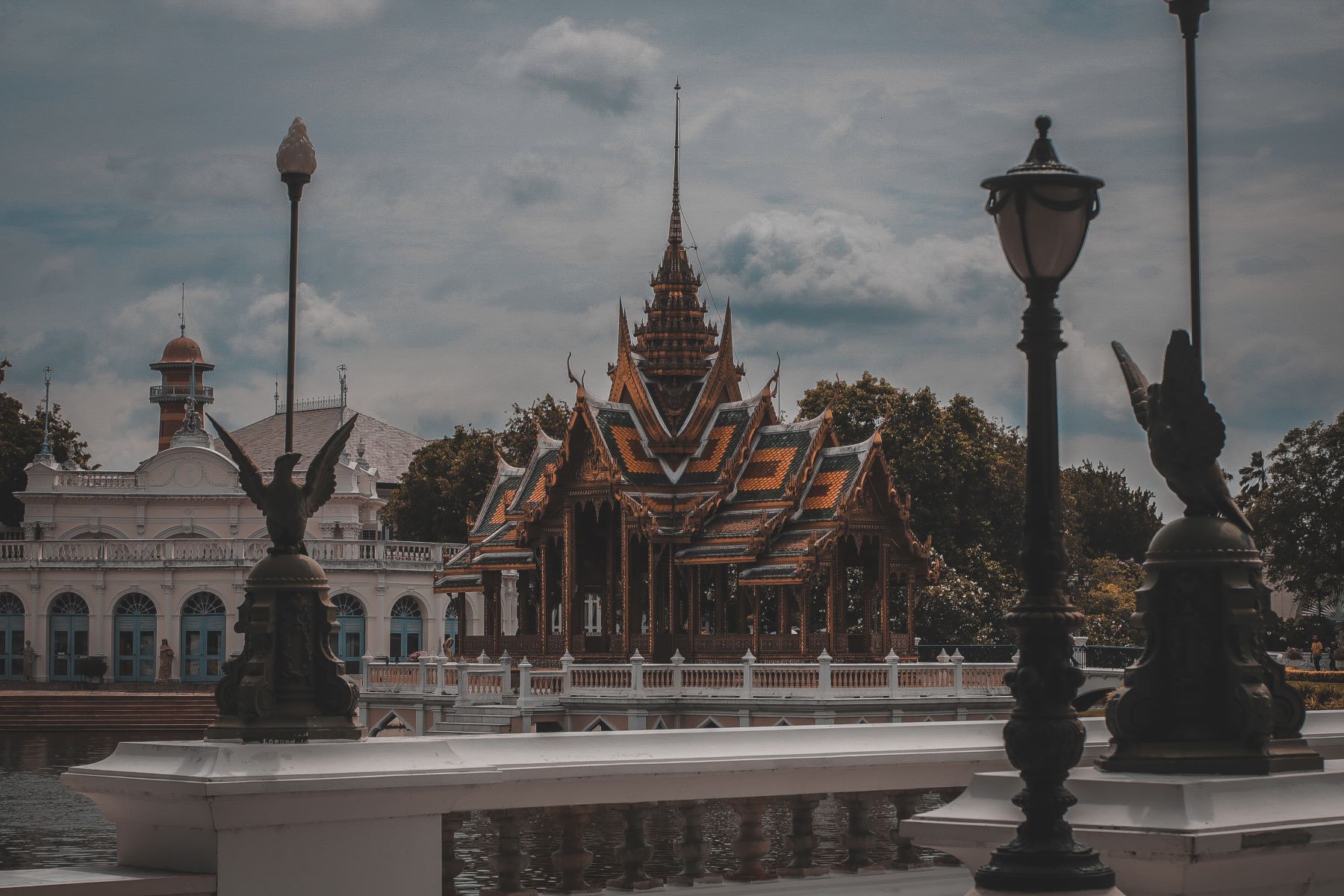 Thailand is rightly renowned for its rich cultural heritage, crafted over 700 years. From the friendly earthiness of village life to high arts and performance, the myriad faces of Thai culture will charm and captivate you.

In 1350 Ayutthaya became the second Siamese capital and was destroyed by the Burmese in the 18th century. Its remains, characterised by eye-catching prang (reliquary towers) and gigantic monasteries, allow visitors to easily appreciate the scale of the city’s past splendou.

Ayutthaya went from a prosperous trade and political capital to a completely defaced city – plundered, burned and abandoned to ruin. The city was under a constant power struggle with neighbouring Burma; nevertheless it remained a flourishing centre for regional trade and a burgeoning metropolis where art and culture merged.

With economic prosperity, Ayutthaya Kings poured the kingdom’s wealth into the construction of temples and religious monuments as well as the arts.

Exhibiting sophisticated techniques and styles, Ayutthaya architectural heritage is an amalgam of Lopburi, Sukhothai, Dvaravati, U-Thong, ancient Khmer and Persian styles. Today, Ayutthaya’s temple and palace ruins serve as a powerful reminder of Siam’s glorious past as well as haunting memories of one of the darkest periods in Thai history. 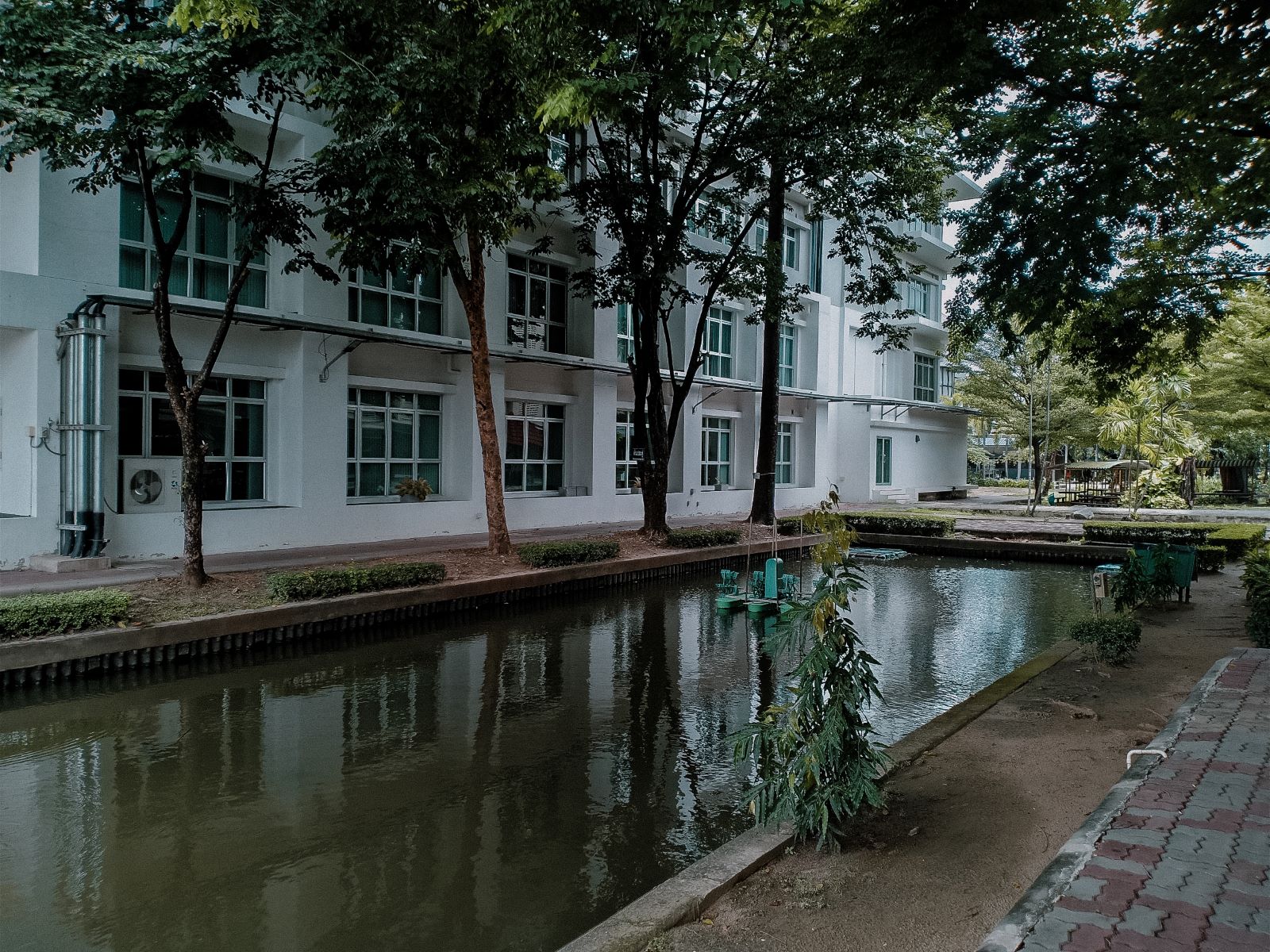 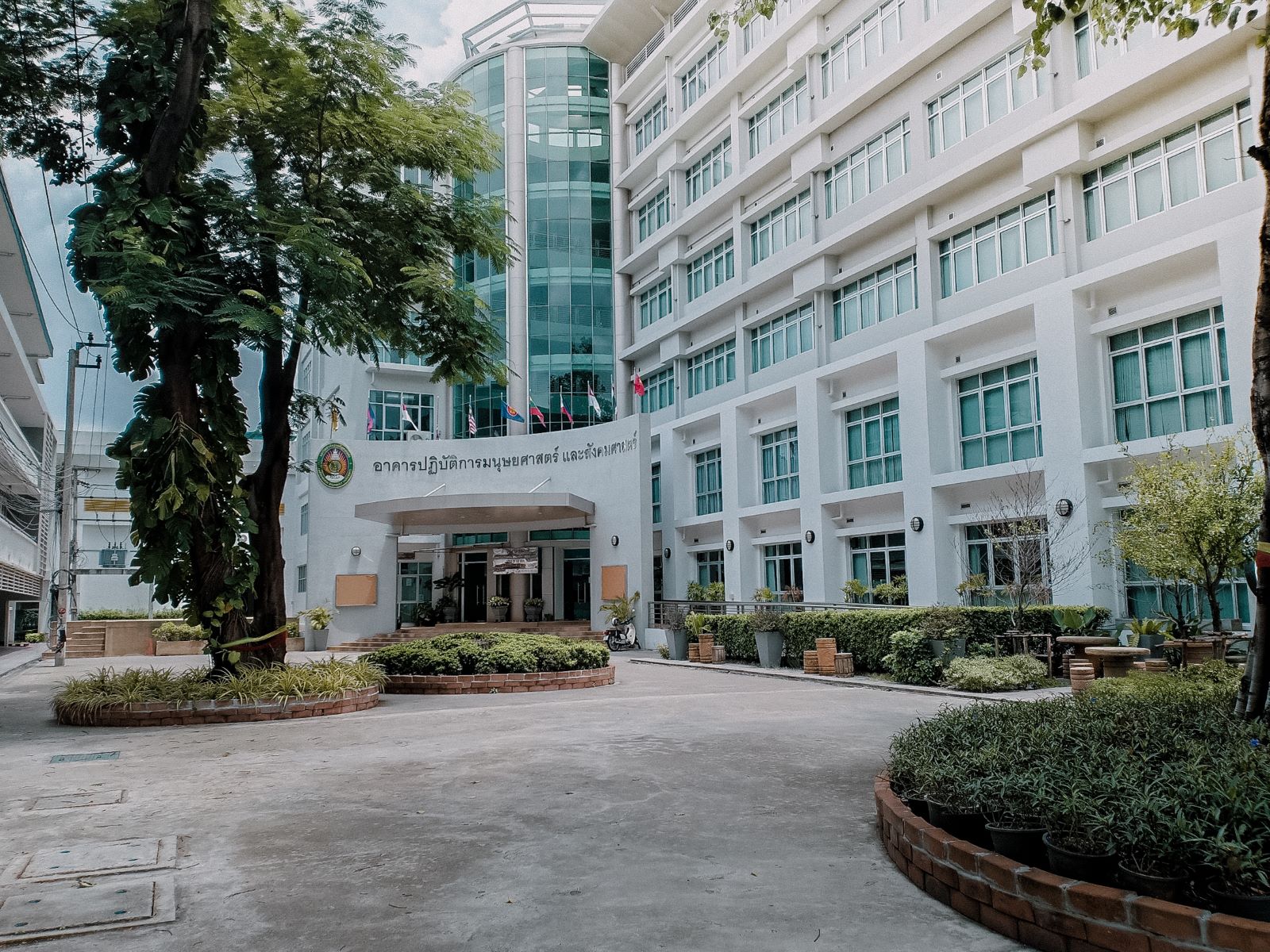 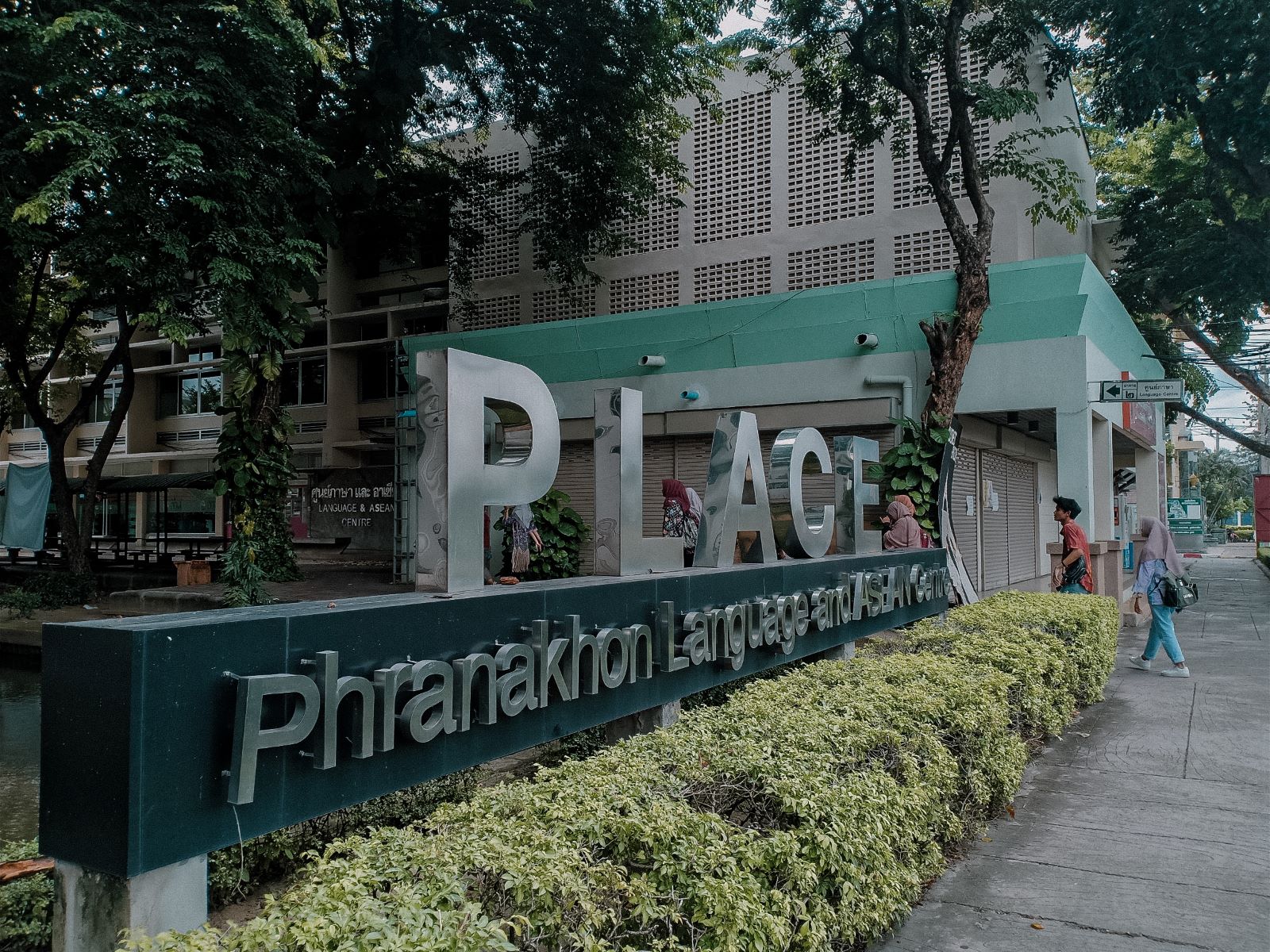 Phranakhon Rajabhat University is one of a university In Bangkok and belongs to part of The Rajabhat Universities which is one of the university systems in Thailand. It was first built as a teacher production institute under the name ‘Secondary School Teacher Training School’. It was established by His Majesty King Chulalongkorn. This building (refers to the above picture) is one of the university buildings. It was built with a big dimension of concrete beam as the main structure and a large rectangular transparent glass within the beam which clearly shows that the building is using the modern style of Architectural building style. The entrance is emphasized using contrast of form since at that part the building is curving different from those rigid rectangular forms of the rest of the building. The entrance also gives the impression of welcoming since it is located right at the intersection of the building mass.

For the landscape of The university, there can be found many gardens, dense vegetation at some point, and also several ponds. There also exist many landmarks in the university complex. For example a small shrine at the center of the pond with a garden in front of it, This small shrire is a traditional Architecture as a religious building that has the value of Buddhist religion, as Cambodia is one of a country that is thick with Buddhist Value. Another landmark that also exist here is large clock that use the colonial style of its architectural building style. So, in this one big university complex  we can see the various kind of Architectural style.

Boisterous Traffic with Its Overlapped Highways 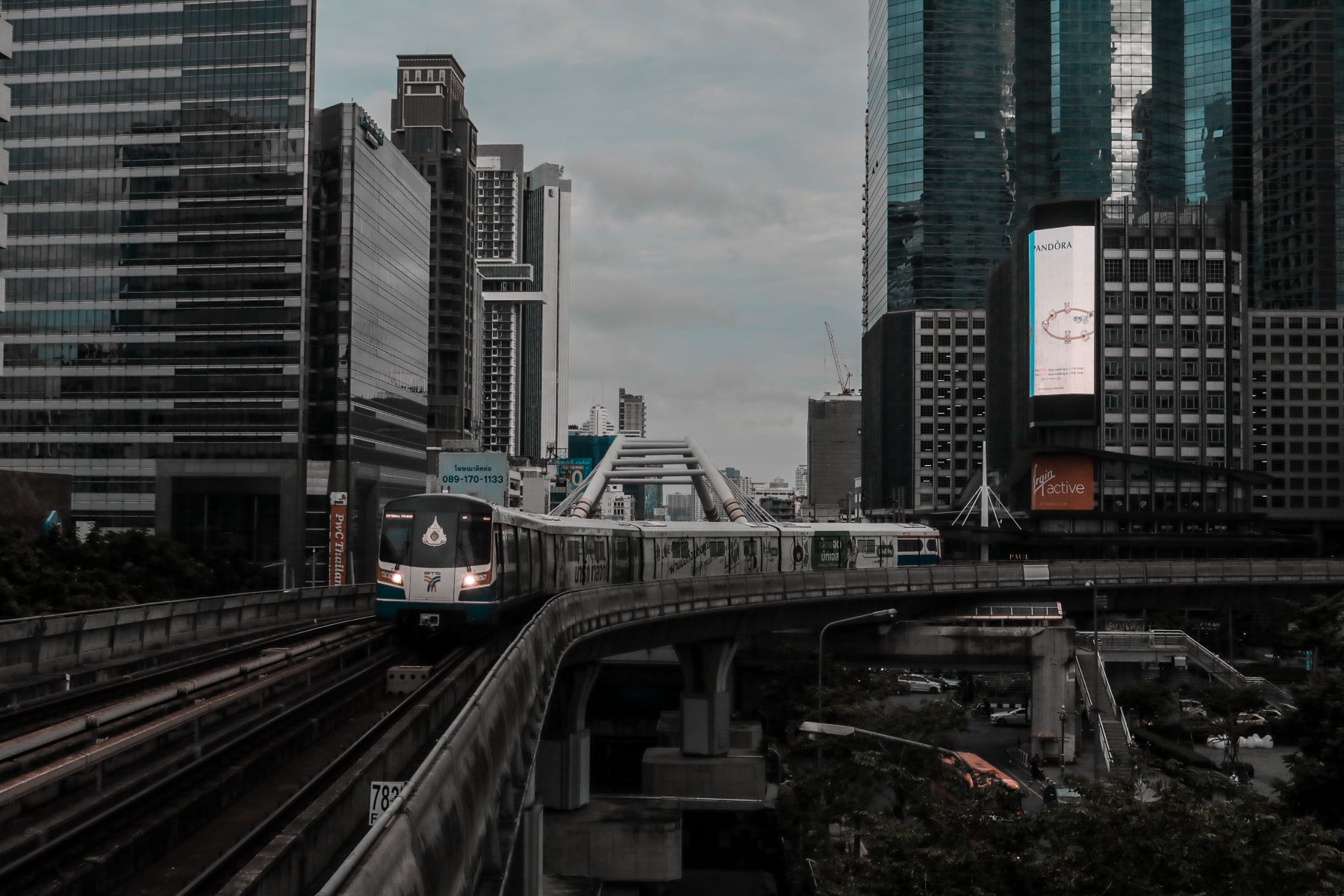 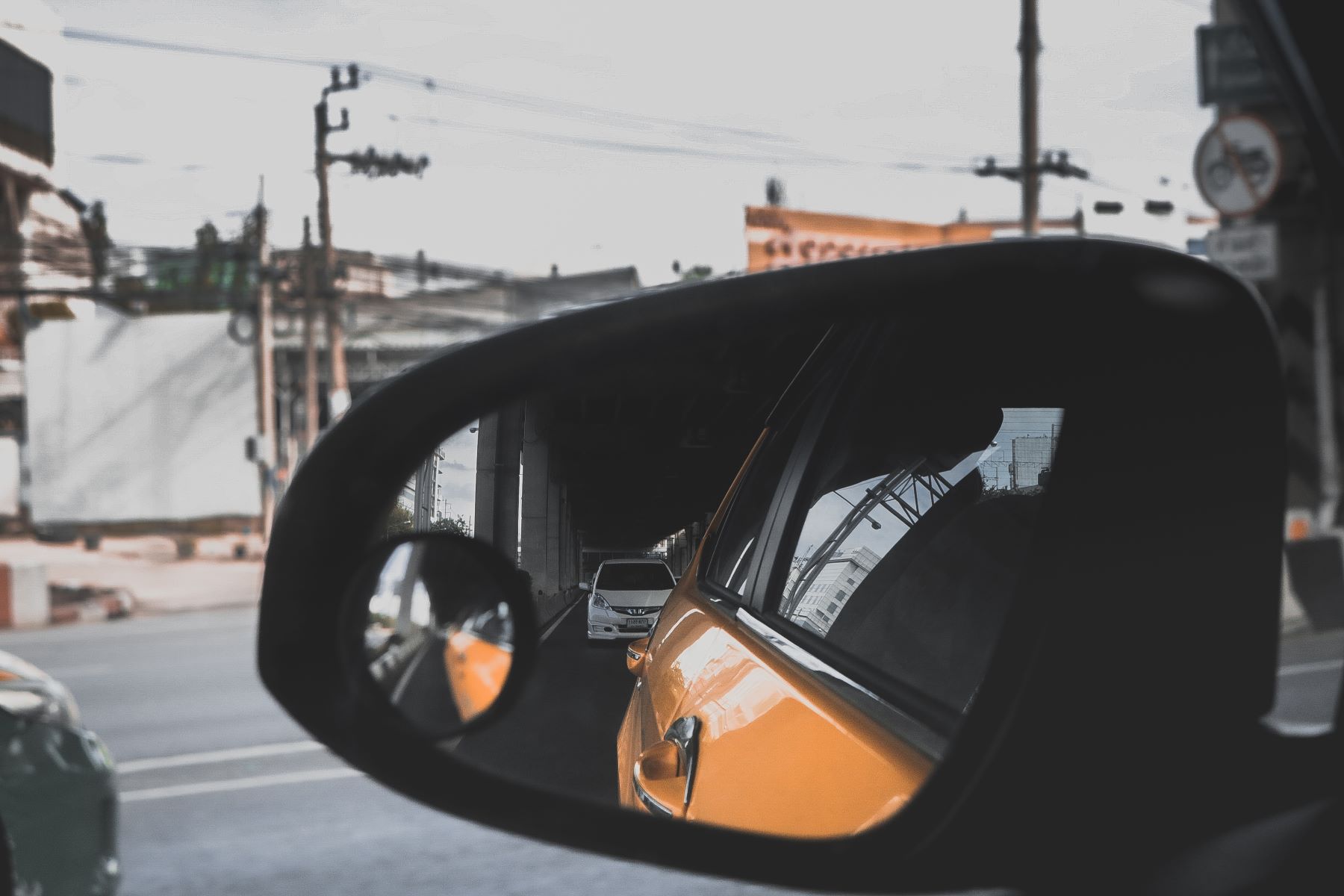 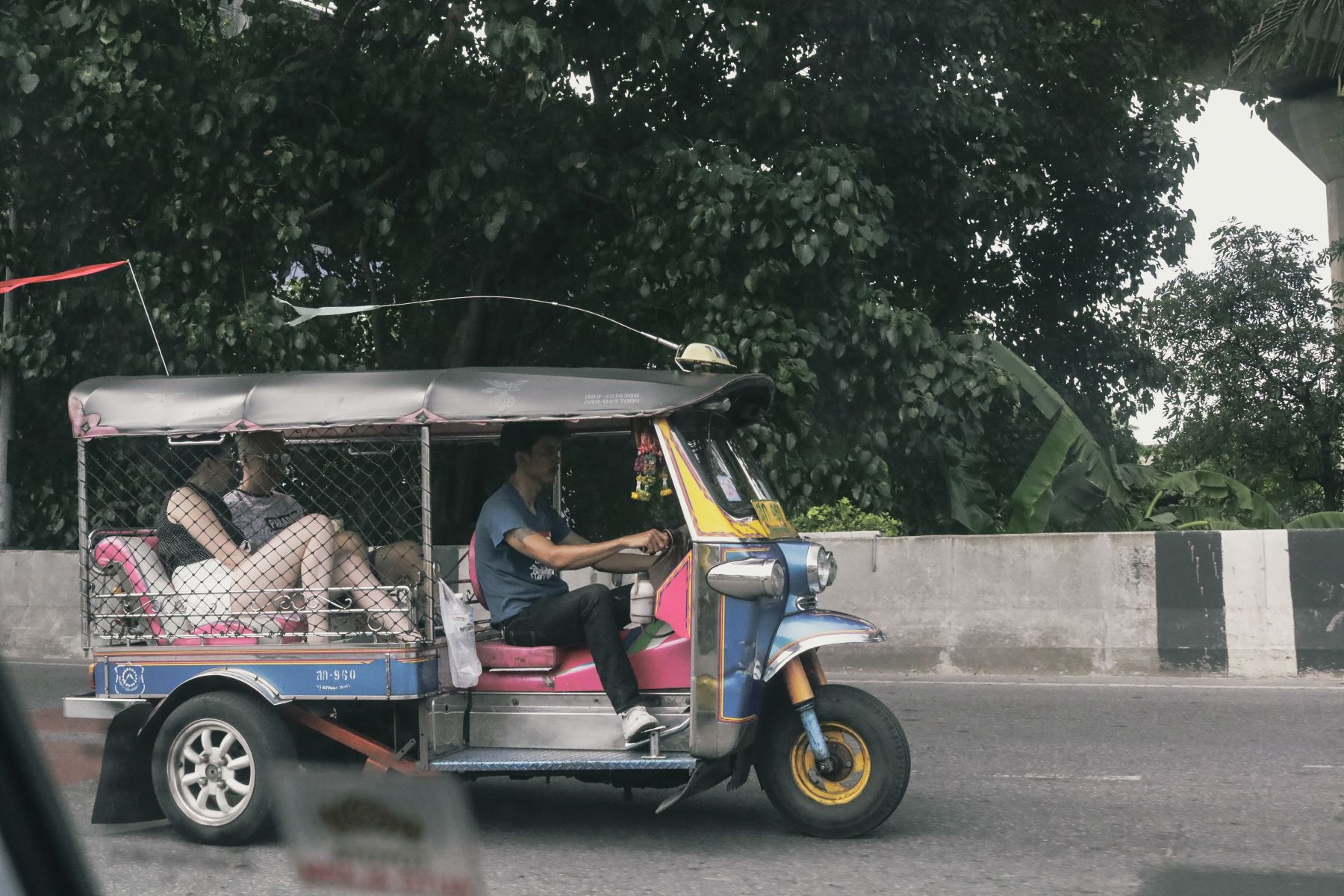 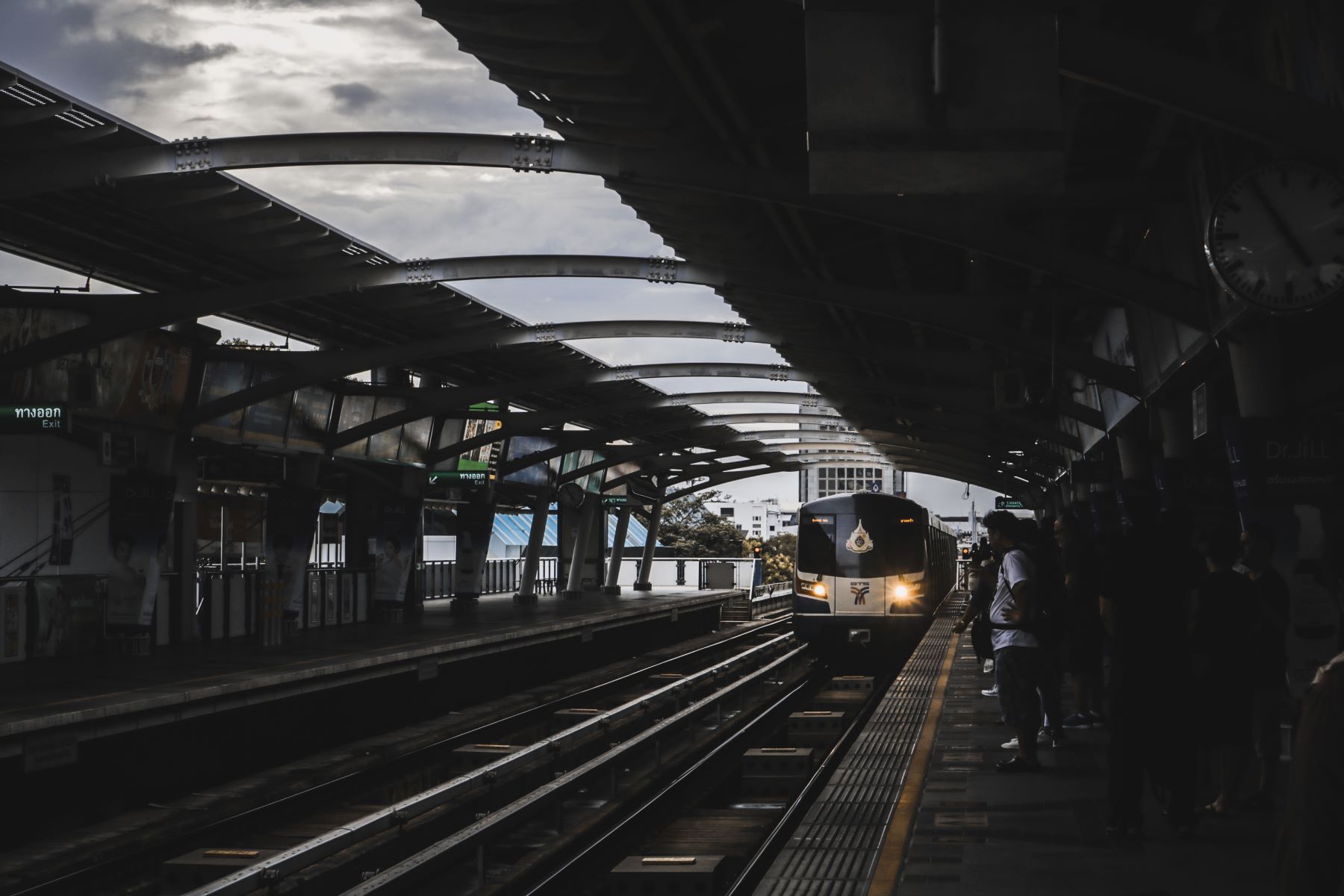 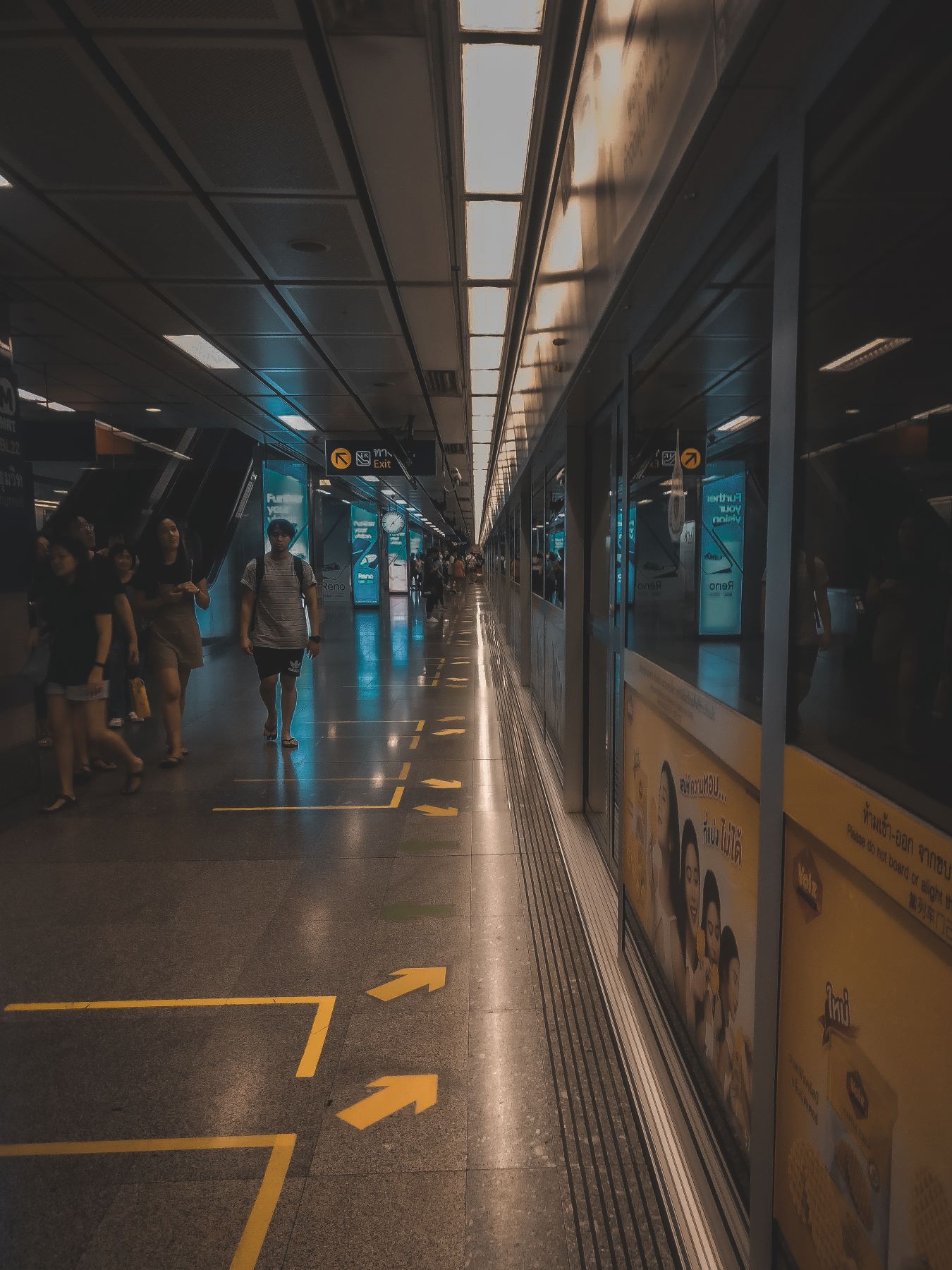 Thailand is a country that has various types and forms of vehicles. Ranging from public transportation to private. Starting from the open or not. There are various ways to get a vehicle in Thailand. Thailand has several major cities including Bangkok, Nonthaburi, Samut Prakan, Pathum Thani, Samut Sakhon, Nakhon Pathom.

Bangkok is a busy capital and city because many foreign tourists come for a holiday in Bangkok. Tourists usually rush to go on a tour using public transportation such as buses, taxis, tuk tuks or motorbikes.

The most indigenous mode of transport in Thailand, Tuk Tuks are the famous 3-wheeled vehicles that have a different experience and are not like motorcycles but are not like a car. The most important to note is that Tuk Tuks are quite a lot more expensive than your average motorcycle taxi or Songthaew as it is a popular mode of transport for tourists. But if you can, jump aboard a Tuk Tuk at least once during your time in Thailand. The rates are usually anywhere from 80 to 150 Baht and if you brush up on your Thai, you are less likely to be ripped off by the Tuk Tuk drivers.

Taxi is the most popular public transportation in the world. You can see taxis anywhere on any part of the earth. Bangkok’s taxi system is very reasonable thanks to the metre system that was recently introduced several years ago. Taxis start at 35 Baht and thereafter 2 Baht for the first 2 km and then 2 Baht per km after that. Taxis are however air-conditioned which can make for a nice break from the ridiculous Bangkok heat.

If you want to feel the real atmosphere of Bangkok you can take Motorcycle taxis because it is open and you can see the outdoors fully. They can be found in most Thai cities throughout the country as well as smaller towns with good transport systems. Obviously when travelling on the back of a motorcycle, it is not ideal if you are carrying with you a lot of luggage or if it is raining quite hard but otherwise this is probably the best mode of transport for the everyday backpacker.

Bus like a taxi, you can see anywhere but have a different system when we paid. Thailand has a developed bus transport system and unsurprisingly, Bangkok has the largest bus system in the Thailand. When it comes to getting around within the majority of smaller cities and towns, Songthaews are usually the norm as opposed to buses but many of the smaller cities do have bus systems that provide long-distance transport to other towns, cities, and popular tourist destinations. In Bangkok, you will find a variety of buses of all different sizes and colours.

Maybe you can see in Thailand like a pickup car but there is a shelter on the tub with a chair to take a seat while on the way. The name “songthaew” literally translates to “two rows” in English. Basically, Songthaews are small pick-up trucks which consist of 2 rows of seats at the back end of the vehicle for passengers to rest their legs on. There is also some limited space right at the back of Songthaews for people to stand and hold on to – Songthaew drivers do drive reasonably slow making it rather safe but please do remember to hold on.

Last, Bangkok BTS sky train that will bring you to go to another city fastly without the traffic jam. Over recent years and due to the over-congested roads in Bangkok, city planners have developed both an overground and underground train network through the city. The BTS Skytrain is an overground railway system comprising the Sukhumvit Line and the Silom Line.

This overground railway network stops off at many tourist areas and attractions in Bangkok and is very developed much like the large Western cities of the world making it very easy to find your way around the city. For more information on the BTS Skytrain and the various stops along the Sukhumvit and Silom Lines. 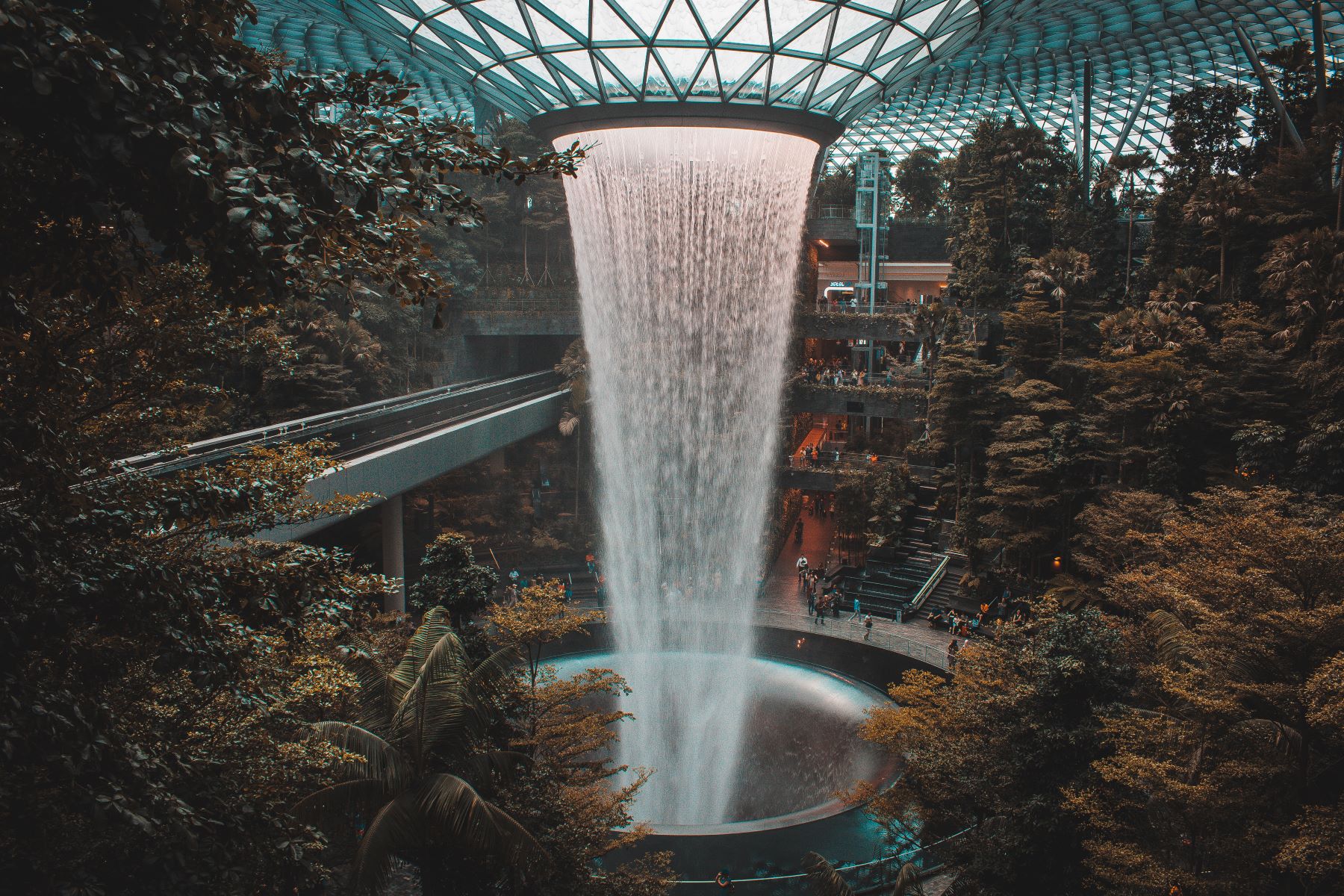 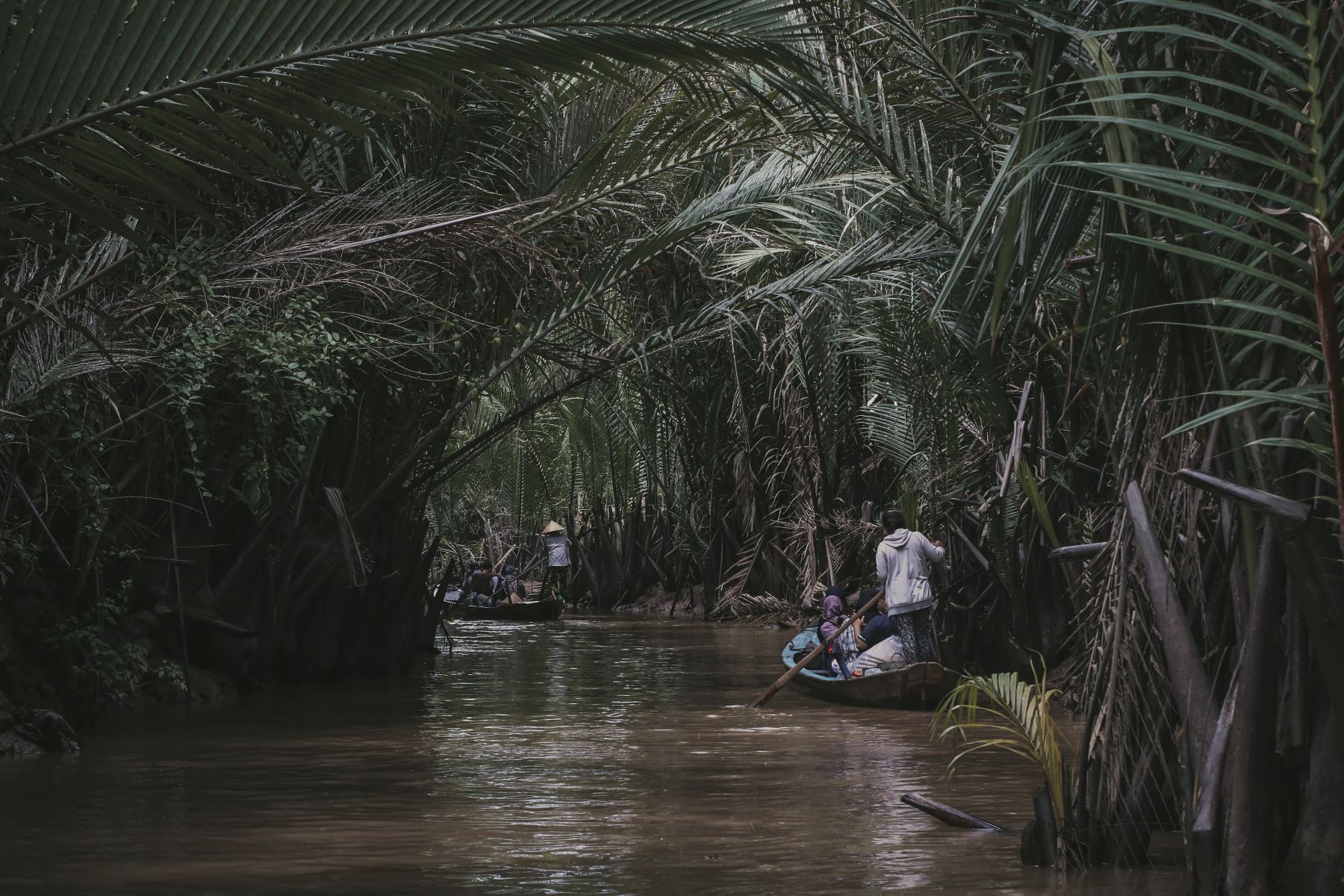 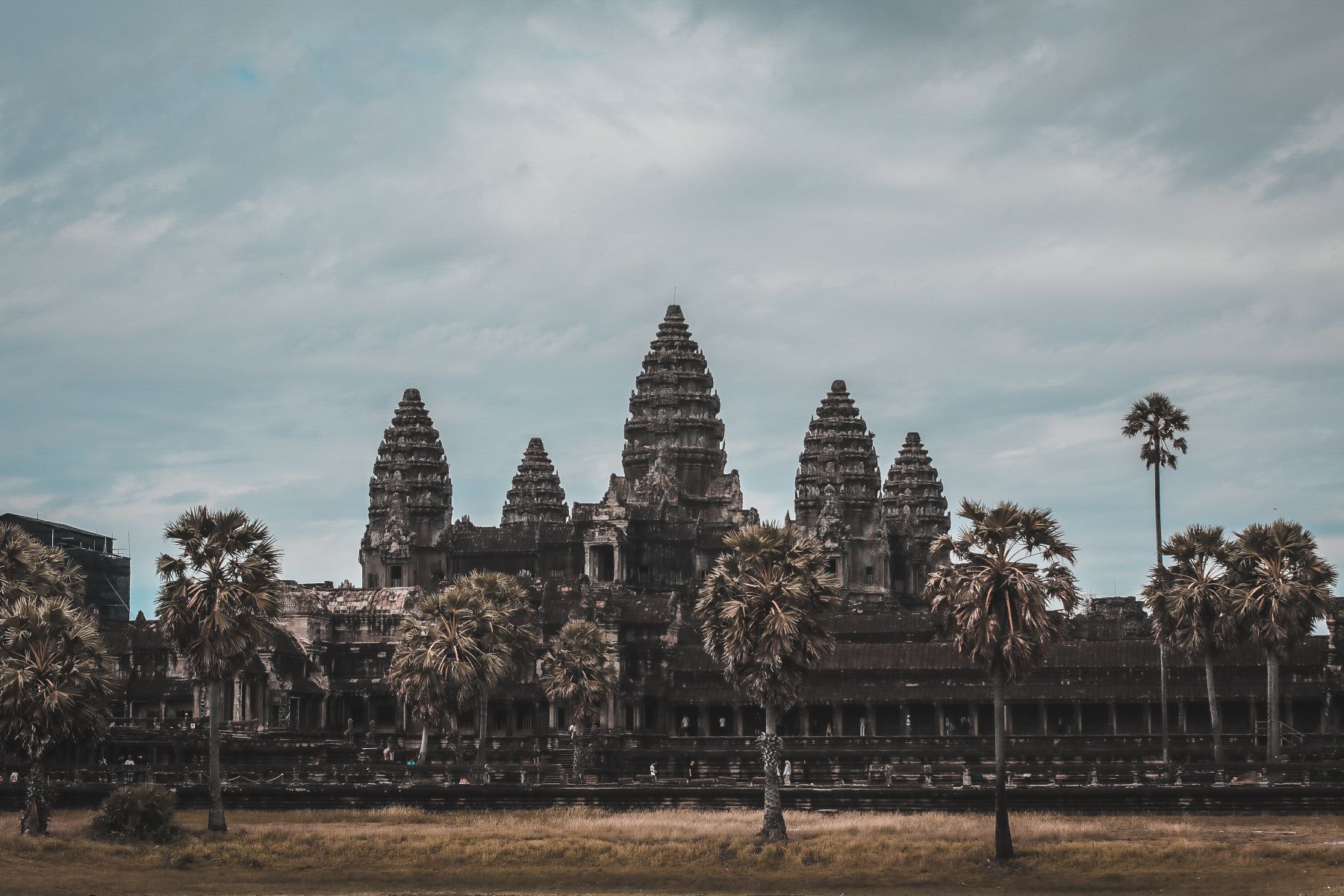 Cambodia : A Country With a Thousand of Temples 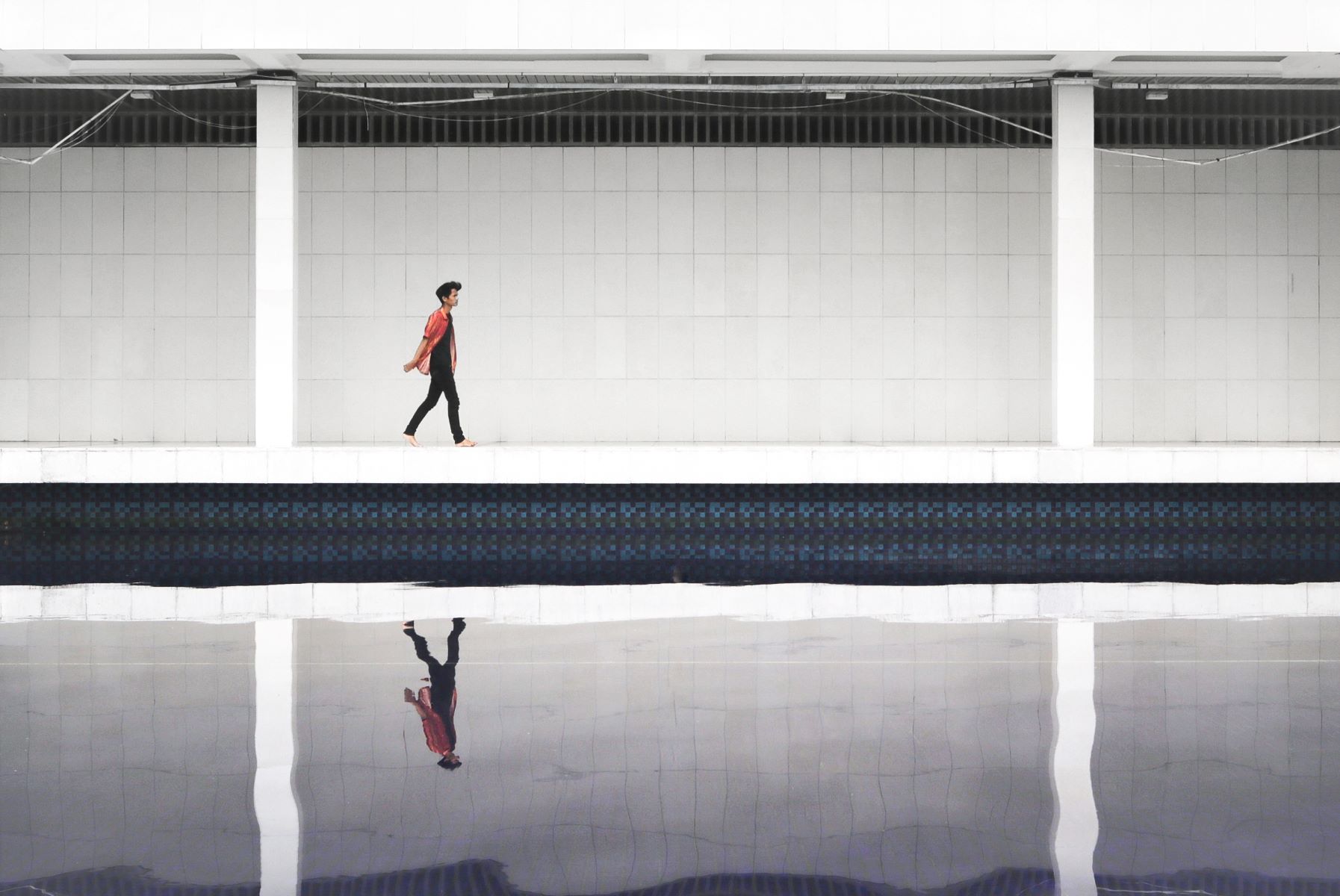 One of The Biggest Muslim Country in The World